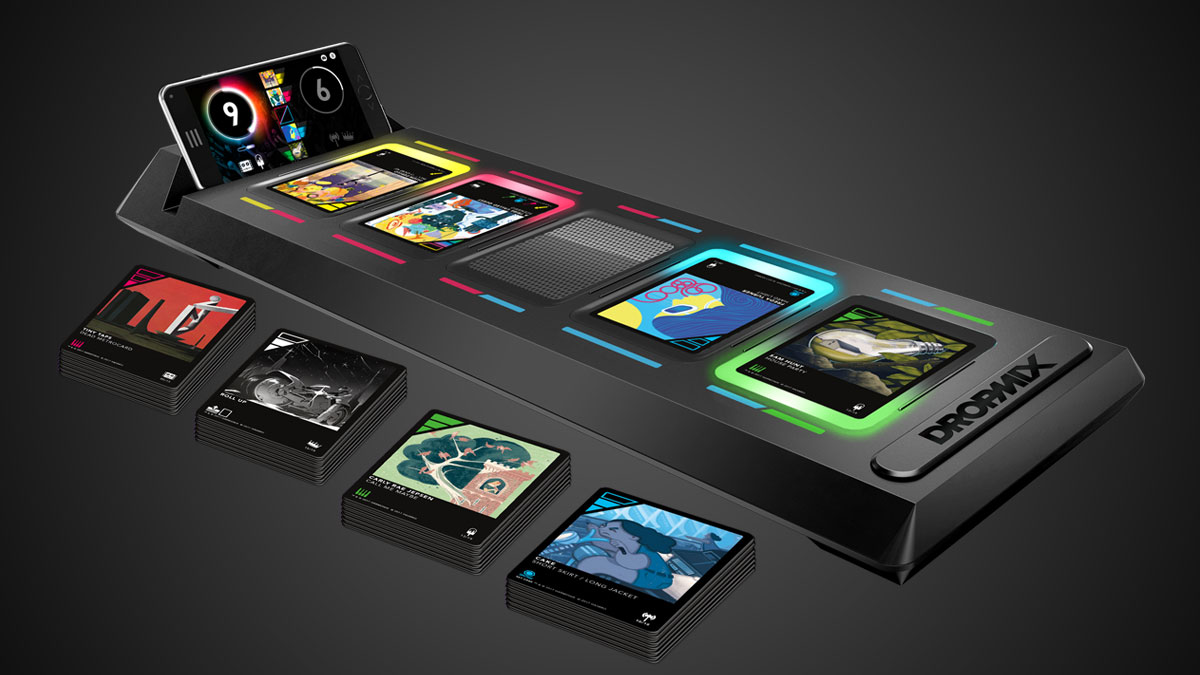 DropMix creators Harmonix hope their card game that lets players mix popular songs in real time, and in competition with one another, will become the next Rock Band or Dance Central. And I guess they have a pretty good shot at it since Harmonix also created Rock Band and Dance Central. Plus, mashing up "Every Rose Has Its Thorn" with "Can't Feel My Face" and "I Want You Back" for the room's listening pleasure, and my own personal gain? Yeah, I want to DropMix.

Harmonix anticipates a DropMix release in September 2017, at which point the game will include an electronic DropMix board that connects to a free iOS or Android app, and over 300 cards. Each DropMix card will be "loaded" with a different part of one of a few dozen included songs--vocals, bass, drums, etc. Check out the image gallery above for a list of the songs Harmonix currently has on board. The variety is certainly there, with musicians ranging from Afrojack to the Zac Brown Band.

Initially, you'll be able to play DropMix only in Clash Mode, facing off man-to-man, or teamed up in 2 v. 2 groups. Players will take turns throwing down cards and building custom, one-of-a-kind mixes, which will take shape as each card hits the DropMix board. There's not specific info yet on how points are awarded, but the game is intended to move quickly, and the first player / team to 21 wins.

If you create a particularly bomb-ass mix while playing DropMix--and you know you will--you'll have the option to save it to your device.

Metallica's Ninja Star Turntable, a collaboration with Pro-Ject Audio, brings back childhood memories of possibly being afraid of the song "Enter Sandman," and having a babysitter who always played it about 17 times throughout...

Never Gonna Give You Up Rick Roll QR Code Sticker

I tried it. Works. Though the Never Gonna Give You Up Rick Roll QR Code Sticker doesn't just immediately start blasting Rick Astley's iconic earworm and ultimate prank song. It takes the QR code scanner to the video on...

GPods, self-described as the world's first earbuds with light control, could be simple earphones with red pill / blue pill-looking baubles that flash your favorite LED colors light one of those smart light bulbs, or a...