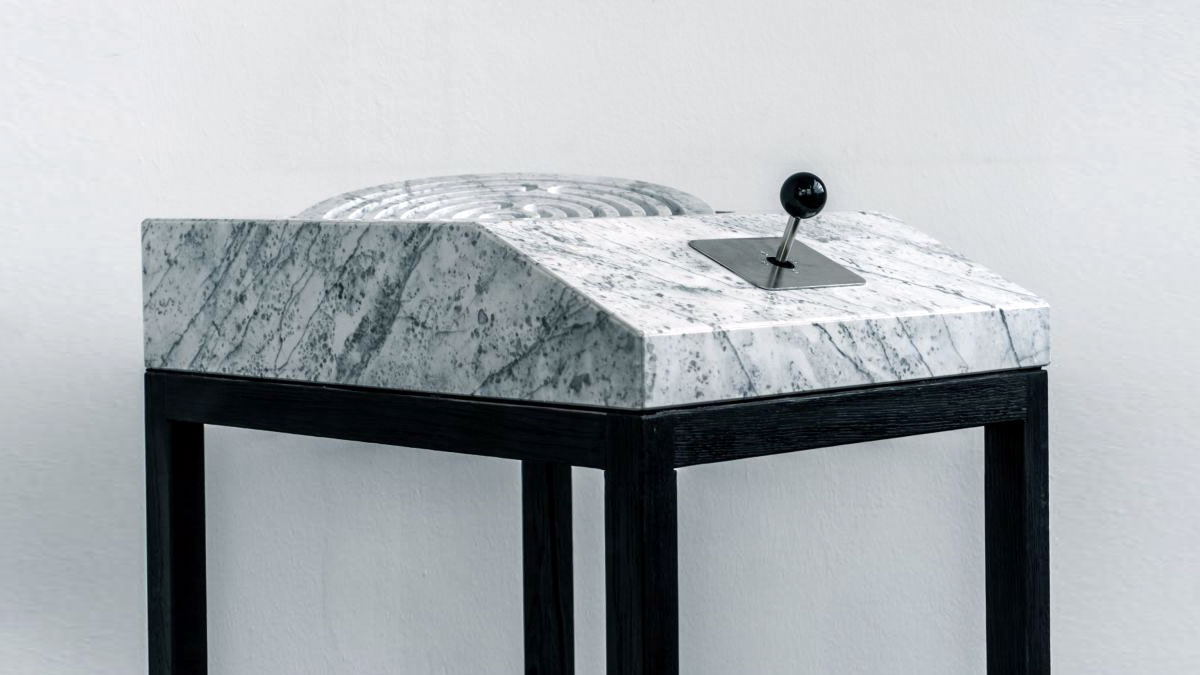 A Maze and a marble your friends with Marco Iannicelli's analogue and electric gaming console whose tabletop and labyrinthine gaming mechanism are carved entirely out of marble. The A Maze design places a tilting puzzle of 7 concentric rings atop a minimalist control panel base and legs reminiscent of a classic arcade. Well, classic arcade meets Museum of Modern Art.

During gameplay, players use the lone A Maze controller, a black joystick, to steer a metal ball around curves and through doorways to the goal. In this case, the goal isn't the center of the maze, but a point directly opposite from the start. Iannicelli deliberately placed the two ends of A Maze close together to play with "the boundary between space and time." The start and finish are separated by less than an inch, but reachable only through thoughtful - and possibly time-consuming - effort.

After discussing the space-time continuum, Iannicelli goes on to say A Maze actually has no goal, no end and no beginning. He continues on about the 7 rings and the importance of the number 7 in history and mystery, and a bunch of other philosophical hogwash that make you go, WTF? I'm gonna pay, what, thousands of dollars for a solid marble gaming console, and the lone game it comes with I can't even win?! Psssh!

You. Look. MARBOLOUS! MARBOLOUS, indeed, you mesmerizing marble track going all kinetic with your artfulness on my desktop. The MARBOLOUS marble track is an ode to the popular childhood toy that German BFFs Baffy and...