Ticket to Ride Board Game 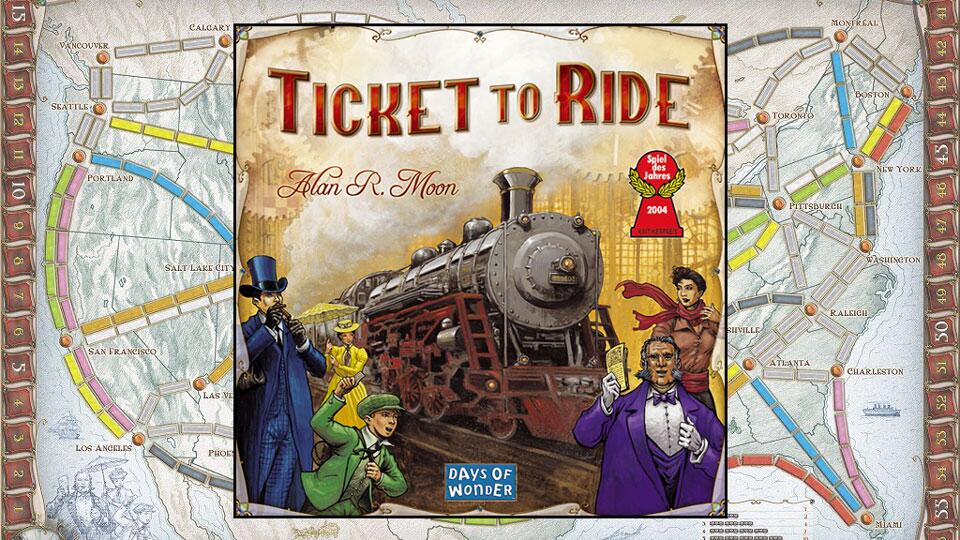 One of the most popular specialty games of all time, the #2 bestselling board game on Amazon, an average 5 out of 5 stars in over 1,300 reviews, and I've never even heard of Ticket to Ride. Where have I been living, in the warm, fully-stocked, wholly-funded societal void that is my mama's house?

The setting: October 2, 1900, exactly 28 years after London eccentric Pileas Fogg took a bet that he could travel around the world in 80 days. Fogg won. How will you fare? In Ticket to Ride up to 5 players assume the identities of friends who have gathered to wager their own bet in the spirit of Fogg's audacity and determination: $1 million to the traveler able to visit the most cities in North America over the course of 7 days.

And don't forget, it's the turn of the 20th, not the 21st century. Choo-choo! Your ticket to ride is on the train.

During this cross-continent adventure, you'll collect train cards enabling you to claim railway routes connecting various North American cities. The longer the route claimed, the more points you'll earn. Points are also awarded for fulfilling Destination Tickets, which connect 2 distant cities, and to the one player who builds the longest continuous railway.

Some Amazon reviewer feedback on Ticket to Ride:

And is the game any good? The short answer is that once you play this game, you'll never play TransAmerica again. It's a fantastic medium-weight game - one that plays equally well with two to five players. The components are superb, the artwork is great, the game is downright fun (and nasty sometimes), and the total package is a very strong contender for the Spiel des Jahres 2004. (which it won!)

This is a great game for the Eurogamer to bring their non-gamer friends into playing your type of games. If you have friends or family who think of Monopoly or Trouble when they think of board games, this is a great game to ease them into the 21st century.

We are Settlers of Catan board game fans through and through, but we needed something that was comparable in fun so we could take a break from Catan. This is perfect. It is very easy to learn and very easy to teach to newcomers. The game play is also very simple (but you use a lot of strategy as well).

Ticket to Ride is suitable for anyone 8 and older. Playing time runs between 30 and 60 minutes, or about the attention span of anyone 14 and under.