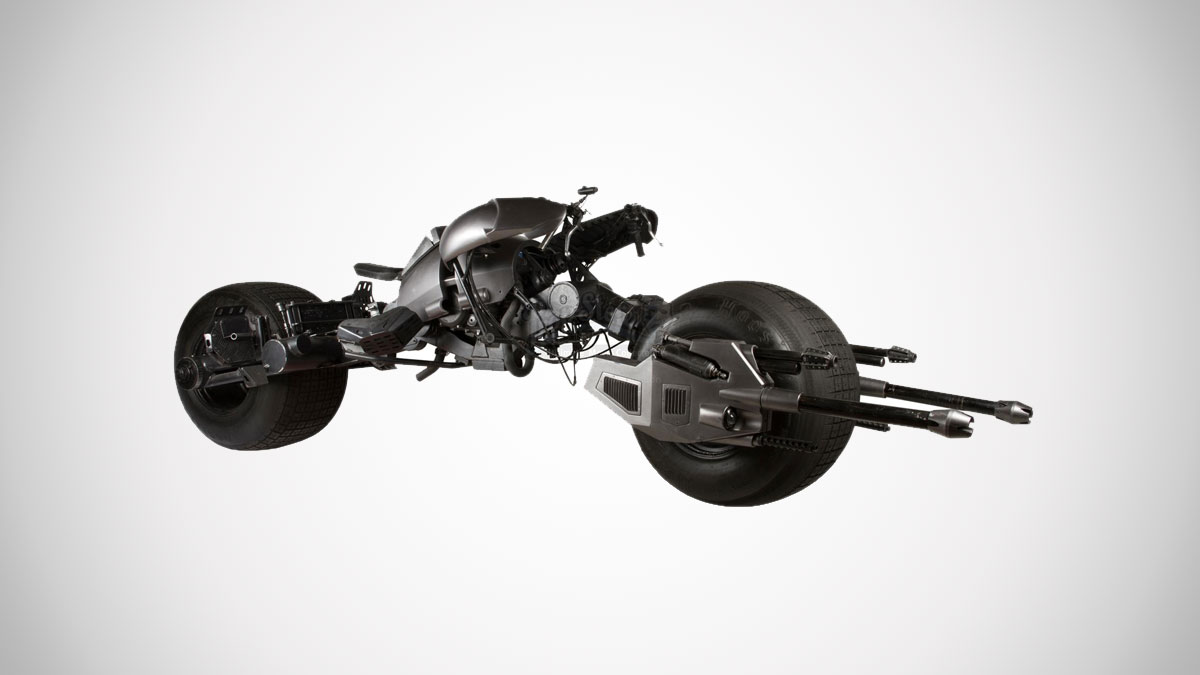 This Batpod is real--one of six special effects dude Chris Corbould made for The Dark Knight and The Dark Knight Rises movies--and it's up for auction beginning September 27, 2016. You might want to think twice about placing your bid, though. Sounds like the thing was a bitch to engineer, and isn't much easier to ride. You mount TRON Light Cycle-style on your belly and then have to steer the pair of faaaaat 31" Hoosier racing tires entirely from your shoulders. Good luck going over a pothole, or one of those giant F'ing metal plates they've slapped down all over the roads near my house during underground utility work. Add to the "Motorcycles Use Extreme Caution" sign: "Batpods Good Luck Driving Over After Burritos And Churros."

Additional nifty features and specs of the Batpod that could be yours include: