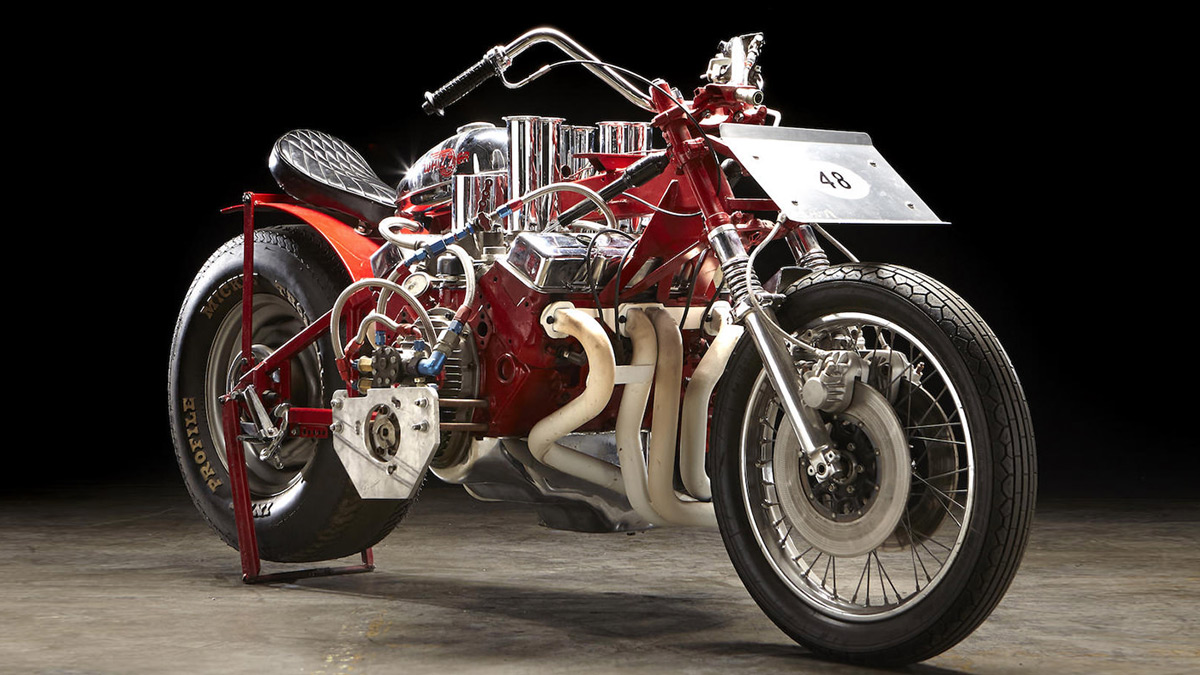 500 horsepower fit for a Michigan Madman. The 1971 Widowmaker 7 was built, raced, and--unlike some of the 6 before it--never crashed by drag racer EJ Potter. Also known to those who saw him in action as the "Michigan Madman." His bike recently went up for auction at the 2017 Las Vegas Motorcycle Auction.

In 1973 Guinness awarded the Widowmaker 7 the title of World's Fastest Motorcycle. It's powered by a Chevrolet small-block 350cid V8 engine that can drum up 500hp, a feature Potter used to help him achieve speeds of 170+MPH on the track. The bike also has Crane gear-driven roller cam and rockers, Brodix aluminum heads, 12.5:1 forged pistons, and a 1960s Vertex Len Hughes-built magneto, and Kinsler-rebuilt Hilborn fuel injection.

Potter himself was the last to ride the Widowmaker 7 in 1999.