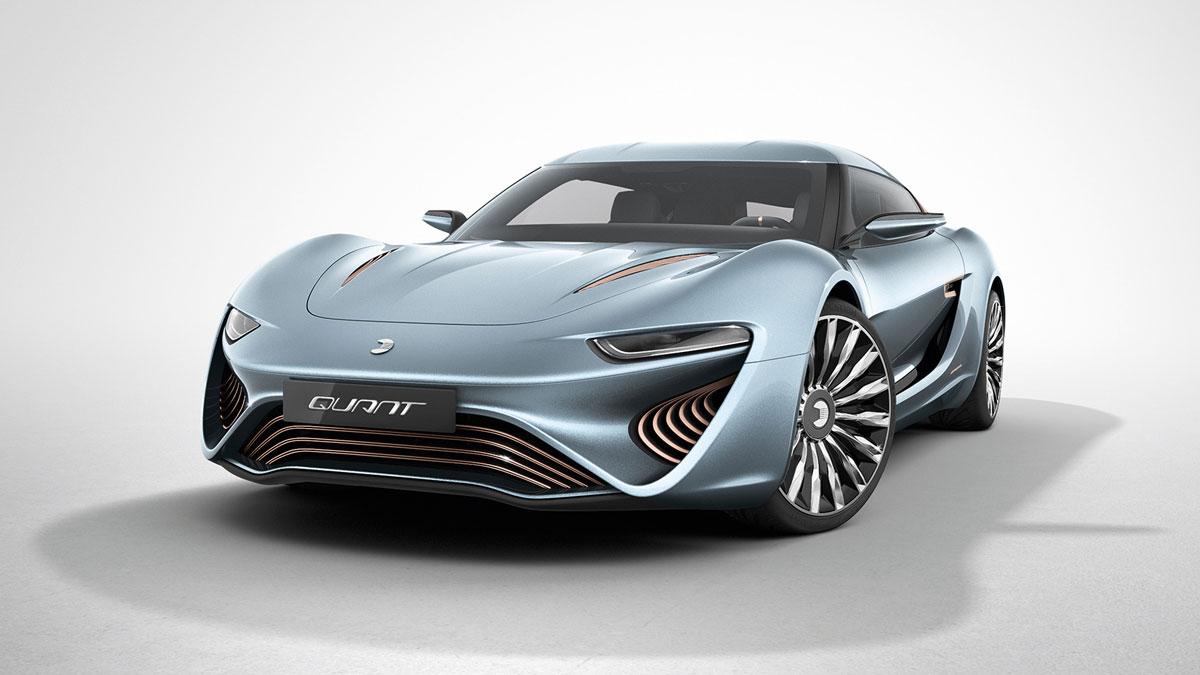 Behold the QUANT e-Sportlimousine with nanoFLOWCELL energy storage technology. Whoa. That's a clunky mouthful and visually muddled line*. Especially for a concept electric sports car that can glide to peak speeds of 235mph, and boasts lines far more elegant and aerodynamic than they are muddled. But despite being an eyesore in writing, I have to say the QUANT prototype photographs and records pretty alright.

While integration of the car's Swiss-made nanoFLOWCELL battery system is still under development, test results thus far are described as "extremely promising." If work continues along that path, we'll see the QUANT debut as the first car to incorporate this further advancement of redox flow-cell systems. In essence, the QUANT's nanoFLOWCELL will be able to store and release electrical energy at heretofore unseen energy densities, despite its proportionately compact size. The battery used in the QUANT prototype can power it for a driving range of up to 370 miles (projected 250 to 370).

Following the Tesla standard, QUANT will also feature a fine wood interior, individually adjustable ambient lighting system for its 4 seats (arranged in jet cockpit fashion), and a full Infotainment system. The Android-based Infotainment system will depict information such as charge status, current state of the FLOWCELL, and driving range on a 4' wide front display. Additionally, a QUANTmobile App will enable drivers to control their QUANTs' settings and functions via smartphone from outside the vehicle. Integrated into the central console, the smartphone and app will also provide support while driving and serve as a touchpad to control the Infotainment system.

*Seriously, are we ever going to be done with this gratuitous trend of mashing lowercase and title case and ALL F'ING CAPS?!

Here comes the airplane! And, holy crap, it's cutting off Lambos and riding the asses of Ducatis. We've seen the motorcycle that flies with the Hoverbike</