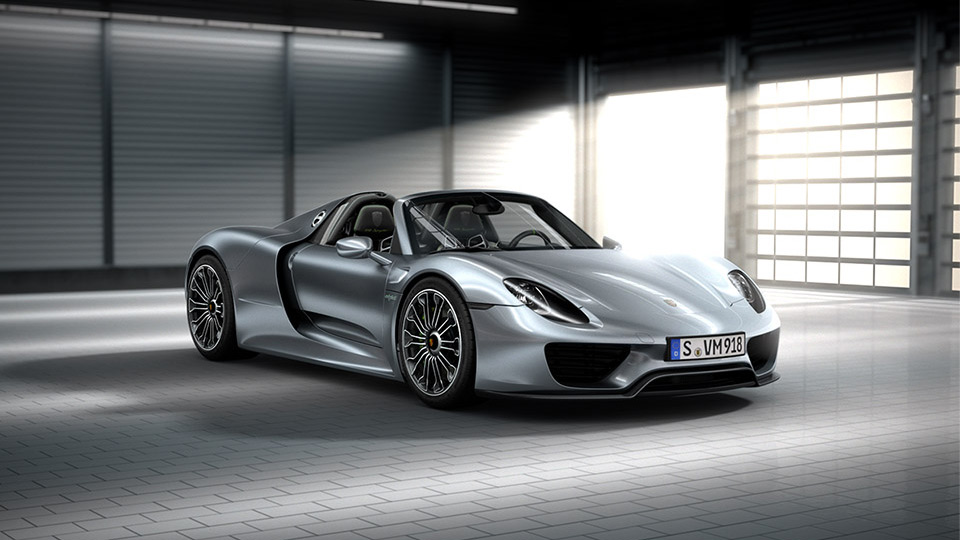 Porsche has entered the hybrid market with its 918 Spyder: progressive or a bunch of pomp and circumstance? I mean, sure, it's time for all car makers to contribute to the trek towards alternative vehicle fueling, but the German stallion still combines its twin electric motors with a "highly dynamic naturally aspirated V8 engine", and anyone hoping to hit speeds around or better than 93 mph (electric-motor-only max) will have to fire up the latter anyway. Also, I'm guessing anyone willing and able to spend over $1 million on a Porsche would be more interested in revving it up and testing out its 213 mph top track speed than rolling quietly down side streets giving himself a perpetual pat on the back for going green.

What the 918 Spyder inarguably does have going for it: it's still a Porsche, and it's still F'ing beautiful.

HODINKEE isn't trying to HOODWINKEE you: standout Belgian watch brand Ressence has developed the Type 1 Slim HOD wristwatch in a very limited edition of 20; with a super-streamlined case stemming from their original Type...

I'm on a boat, motherf**ker! ... And, huh. Also, somehow, a classic car. ... B**ch! Floating Motors is proposing to transform the style and spirit of iconic cars ranging from VWs to Lambos into electric or standard motor-powered...