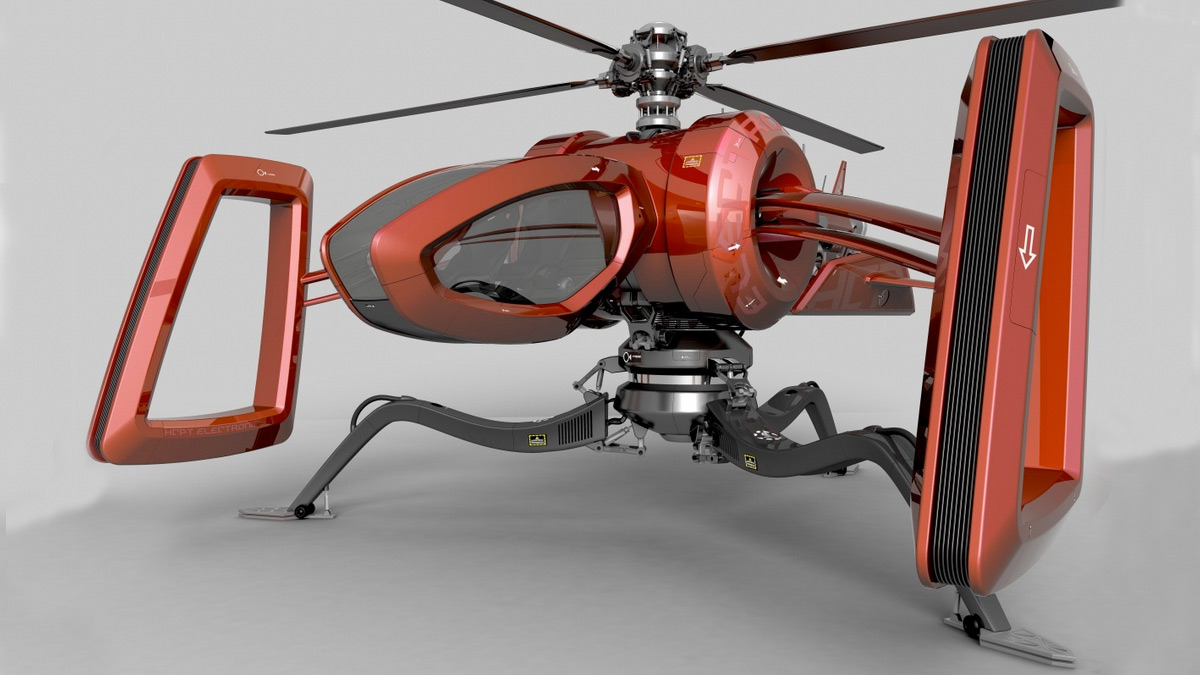 Japanese design and engineering firm Phiaro has shown up to various motor and trade shows with some pretty sick rides, but the Buzz Helicopter concept (or maybe prototype? Information is sparse) has got to be the most bitchin' of their lot. The newfangled flyer was made to work too, just like the bees its aesthetic mimics.

While the Buzz cockpit does accommodate 2 passengers, interior space and appointments are minimal. The highlight, at least as far as I can see, are its giant windows, giving pilots and cohorts a near-180-degree view of their path and surroundings. And I'm not really sure what function the helicopter's pair of side arms serve--aerodynamics? Wind / debris shield?--but they do add 2 more windows to the configuration, bringing the grand total of 'copter "eyes" to 5, just like a bee.

A slim body primed for sighting and snatching up your industry's version of pollen, insect-like legs for takeoff and landing, and a stinger of an engine at the rear complete the Buzz's bee-autiful body.

So I guess laborers can take a modicum of comfort in knowing that white collar jobs are beginning to get outsourced to robots as well. Unmanned aerial systems pioneer DJI Innovations fabricates a host of flightful fancies...

Impressively, Russian industrial designer Ekaterina Dekhtyarenko went from creating a stylized egg holder to conceptualizing and rendering a complete manned vehicle of flight (OK, she did do a hang-glider along the way...

This App-Controlled Quadricopter is kind of like a high-def flight simulator, except when you crash and burn, the propellered apparatus you're flying gets destroyed in real life too. Meet the Parrot AR.Drone 2.0, powered...

Do you like RC toys? Do you like dinking around on your iPhone? Do you like pelting things, such as red Solo cup targets and sleeping housemates' heads, with plastic missiles? Do it all, and simulate the flight of a Cobra...